Visit Haleakalā National Park At The Summit Or Kipahulu Districts

Haleakalā National Park At Sunrise, Sunset & During The Day

Hana was the site of several ancient battles by invaders from the Big Island. It was occupied by Big Island chiefs in the 1770s. Sometime in the early 1780s Hana was besieged by King Kahekili in a surprise attack. The village of Hana was usually defended from ocean invasions, but the wise warrior king sent his troops through Haleakala Crater to attack from the mountains above.

Today over one million people visit the park each year – and not just for sunrise. This expansive national park* not only encompasses a 7 mile long, 3 mile wide, nearly 2,600 ft deep crater, but spills down the slopes over the eastern crater rim through the Kipahulu Valley to the Pools of Oheo along the road to Hana. 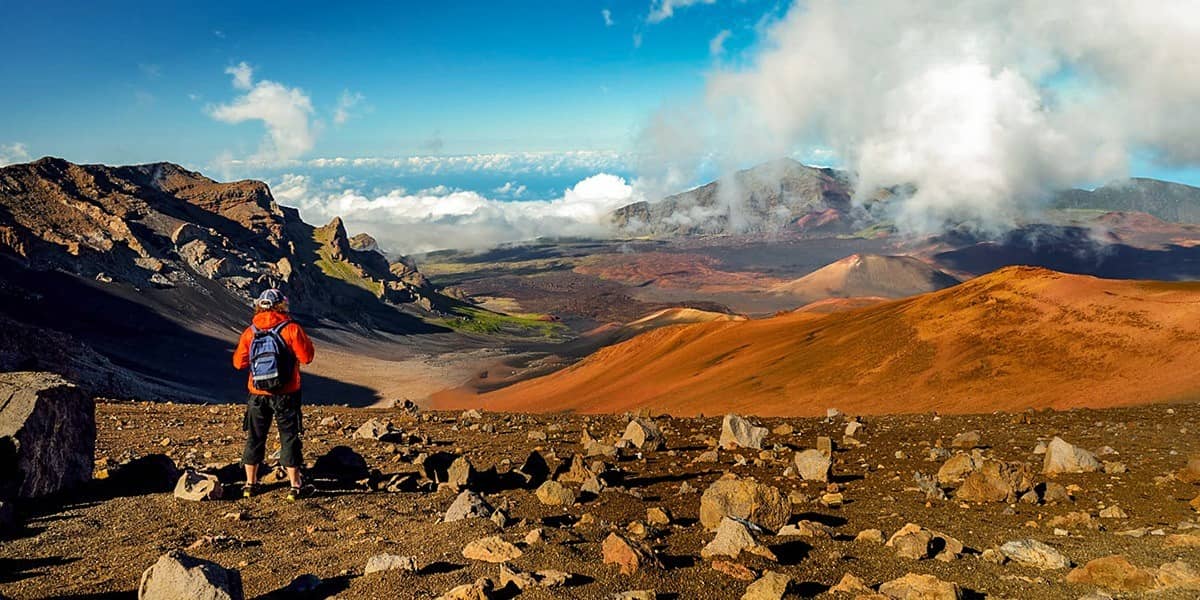 There are extensive hiking trails in the crater and several cabins that can be rented although reservations are needed well in advance.

There are several ways to experience Haleakala National Park. If you’d like to see the sunrise you will need to make a reservation with the Park Service. A reservation is not needed any other time of day. The views and vistas are amazing from the parks higher elevations where up to four islands can be seen on a clear day. Sunsets are also stunning to see from Haleakala and there is a reason for the large array of telescopes up here – the stars and moon are crystal clear at the summit!

There are lots of advantages to taking a tour to Haleakalā National Park*, including having a stress-free experience with a comfortable guide.
*Designated nature preserve 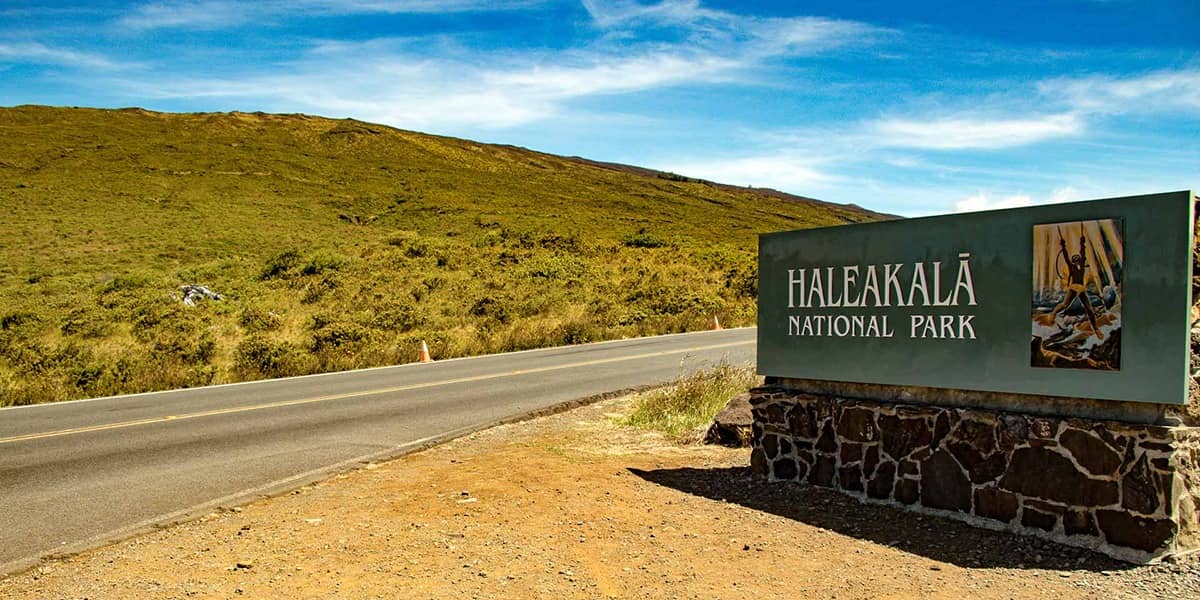 An Introduction To Haleakalā National Park

The summit views at the Visitor Center are breathtaking at any time of day, weather permitting. At an elevation of 10,000 ft. the weather can change quickly, bringing high winds, rain, bone-chilling cold, and even snow! The road leading to the summit is a winding switchback that ascends from sea level to 10,000 ft elevation in just 38 miles – the largest elevation change in the shortest distance on earth!

The park contains many endangered species not found anywhere else on the planet. They evolved in isolation for hundreds of thousands of years before the first Polynesians arrived around 1,000 years ago.

There is nothing like the Kipahulu section of Haleakala National Park. The famed Pools of Oheo (sometimes referred to as the Seven Sacred Pools) is a wonderful and safe spot for swimming along the road to Hana. The pools are located just past Hana at the end of the paved road. Make sure you plan your drive so you can get to the pools for ample swim time!

There are several ways to experience Haleakala National Park. If you’d like to see the sunrise you will need to make a reservation with the Park Service. Otherwise, you can visit it on a first-come-first-serve basis. There is normally plenty of parking during the rest of the day although sunset is getting busier. Kipahulu, the Pools at Oheo, accessible by traveling on the road to Hana, is also part of Haleakala National Park. 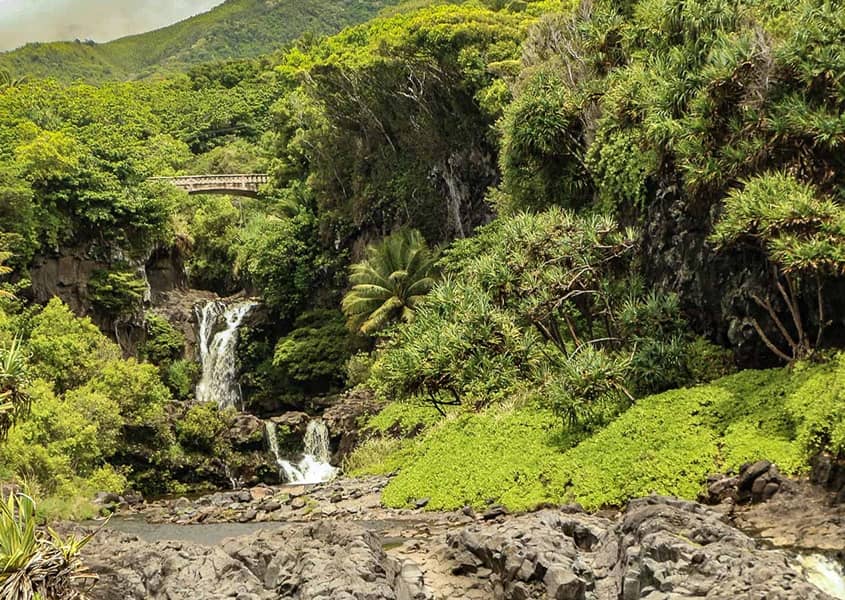 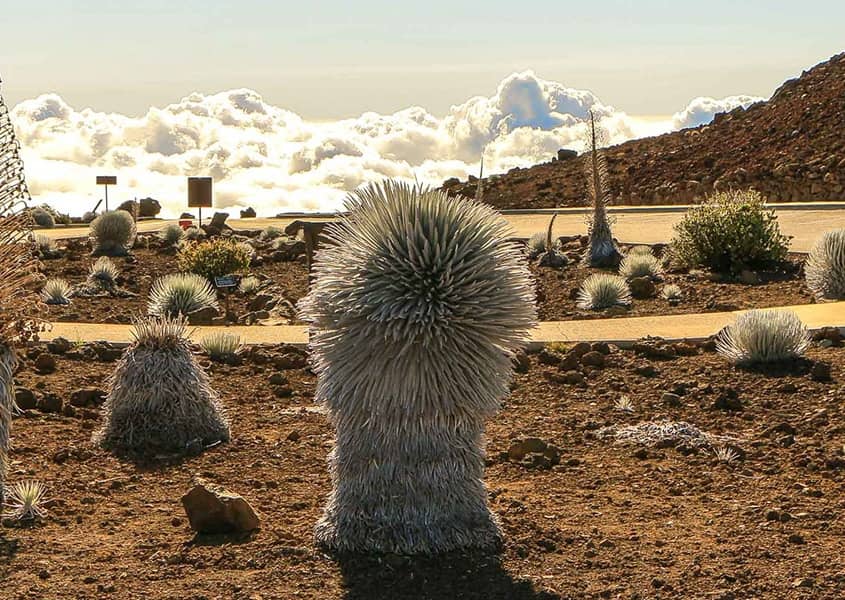