Explore The Entire Island of Oahu And All Itʻs Hidden Treasures

The Best Things To Do In Oahu

We are here to help you navigate all there is to see and do on the beautiful island of Oʻahu. From ʻono (delicious) luau dinner shows to land, sea, and air activities, we are your guide when it comes to choosing the best activities to do on Oahu for your budget. Let us bring you and your ʻohana (family) stories to cherish for years to come!

We Have All The Oahu Activities & Attractions

Exploring the underwater world of Hawaiʻi is a must! You won’t have to go far to find colorful coral reefs, hundreds of rainbow-hued fish, and magical honu (turtles). Snorkeling Hanauma Bay is one of the most popular things to do in Oahu. We also have epic surfing, kayaking, canoeing, and whale watching during the winter! You will love being in the ocean here in Hawaiʻi.

The landscape of Oʻahu is formed by volcanoes, wind, and water, making every view dramatic. Take a sightseeing excursion across the island to glimpse the jagged cliffs and lush mountains that dominate the island skyline while you get immersed in the rich history, culture, and legend around every corner. Go sightseeing on Oʻahu to the North Shore, the Dole Pineapple Plantation, Pearl Harbor, the Polynesian Cultural Center, local farms & so much more.

Sightseeing by helicopter is a great way to see the island of Oahu. Flying over Waikiki, Pearl Harbor, and the north shore gives visitors a breathtaking view of our beautiful islandʻs towering cliffs, beaches, and unique volcanic craters such as Diamondhead and Koko Head. You will get some memorable videos and photos that people will want to see. Just remember to bring the widest camera lens you have…there’s a lot to take in from the air!

There are a number of great excursions to see Pearl Harbor and the rest of Oahu too. No vacation to Oahu is complete without a visit to the USS Arizona Memorial, the Pearl Harbor Aviation Museum and the USS Battleship Missouri. After that, visit the historic downtown Honolulu and Punchbowl Crater. View the options below.

The Hawaiian luau is an iconic celebration of polynesian culture that visitors to the islands have enjoyed since the mid 1800’s. Today the variety of shows and locations throughout Oahu is amazing with something for every kind of traveler and budget. Check out these great luaus or read more about this history of these celebrations that are now part of an everyoneʻs Hawaiian vacation. Aloha Nui Loa!

Adventure is everywhere on Oahu. Hikes to Diamond head, crazy cool zip lines, horseback riding and riding ATV/UTVs thru Jurassic Park are just a few of the many activities you can only experience here in Hawaii. If your an adventurous traveler Oahu has plenty to offer and we are here to help you find the perfect adventure at a great price!

Oahu is the most popularly visited island in Hawaii and one of the reasons for this is the wonderful amount excellent shows and entertainment to choose from. Take in a polynesian inspired magic show, a sunset dinner cruise while viewing a Friday night fireworks show or enjoy a review of Elvis Presley and the music from his various Hawaii movies! There so much here you could return time and again and never see them all! That’s why we’re here to help you narrow it down by sharing our favorite shows on Oahu below!

Prefer to get a more personal experience? Book a private sightseeing trip in a vehicle fit for you and your party, plus the undivided attention of your expert guide and driver.

A private driver will recommend the best sights to see while they deliver expert narration throughout so you can learn, directly from a local expert.

We recommend going with private tours (if you are concerned about being close to others) as much as possible. Book today and have an unforgettable experience on Oahu!

Inter-island Day Trips To & From Oahu

Are you staying on Kauai, Maui or the Big Island but really want to check out Oʻahu? There are opportunities for you to do that no matter where in Hawaiʻi you are staying. Take a day trip and experience the best of Oʻahu. 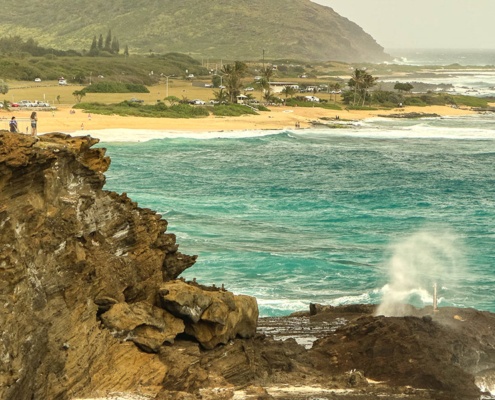 Due to their different geological ages, each Hawaiian island has its own unique look, informed by millions of years of volcanic creation and erosion. Of the five major inhabited islands, Oʻahu is the second oldest of the main island chain. Its diamond shape separates it into north, south, east and west sides. With its safe harbors, expansive lagoons, soaring mountain ranges, and stunning beaches and surf made it one of the most desirable settlements in ancient times as well as today. For nearly 1,000 years Polynesians have inhabited this island and built a civilization that sustainably supported approximately 300,000 people at the time of its introduction to Westerners in 1779.

King Kamehameha conquered Oʻahu in 1795 in his attempt to unite the archipelago under one ruler. The battle between island tribes raged across the beaches and marshlands of Waikiki, culminating in a gruesome battle atop the 1,000-foot cliffs of the Nuʻuanu Pali where the Oʻahu warriors met their demise. Today, the Nuʻuanu Pali Lookout is known as one of the most breathtaking panoramas in all Hawaiʻi. 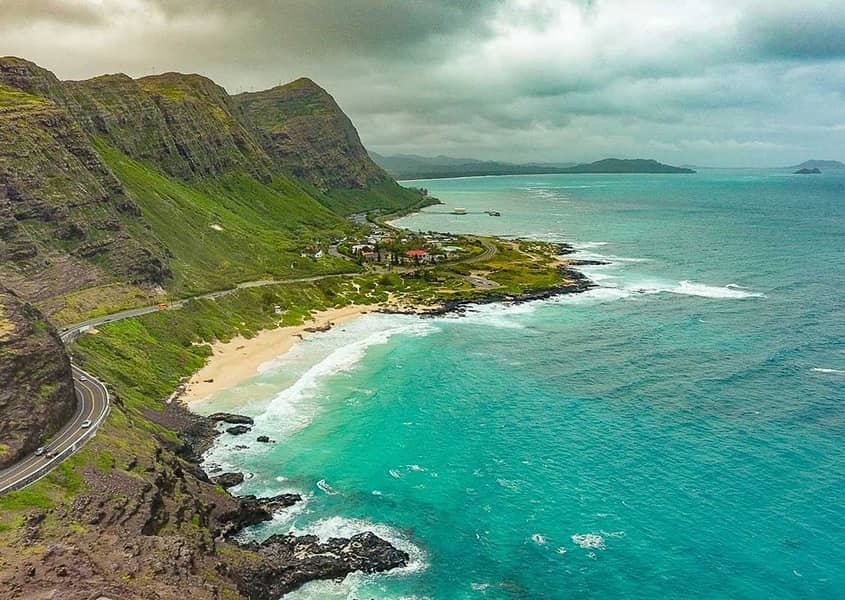 Honolulu and its harbor became an essential port-of-call for merchant ships from the early 1800s and into present-day. In 1850, the city became the capital of the Kingdom of Hawaiʻi, and eventually, Honolulu would usher in the modern age with a grand palace (Iolani Palace), a highly strategic naval station (Pearl Harbor Lagoon), and a world-recognized government and constitutional monarchy.

Today, Oʻahu is the most popular destination in the Hawaiian Islands, hosting 5.7 million of the 9.3 million visitors to the state in 2017. Three major highways circle and crisscross the island, accommodating the visitors and locals alike, making the islands easy to get around.